Those of you born in January will recognize your birthstone in the deep dark red of Garnets, but you might be surprised to learn that this familiar gemstone comes in a myriad of colors!

The color variations are caused by the presence of different trace elements and often have specific variety names. With colors that range from red and orange to yellow and green you are sure to find a favorite!

Pyrope Garnets are the classic garnets that immediately come to mind. The name comes from the Greek meaning fiery. Sometimes called the Bohemian garnet, it was very fashionable in the 18th and 19th centuries, especially in Europe and later America. Czechoslovakia, South Africa and Australia are its main producers. This very affordable gemstone ranges from $6 to $70 per carat for the popular 1 to 3 carats sizes. 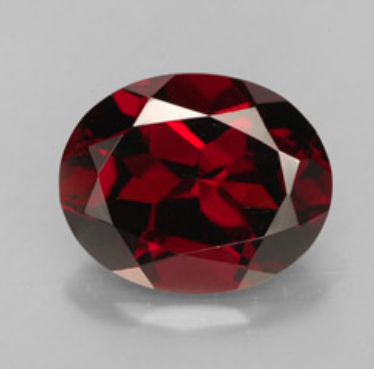 As an alternative, consider the violet to brownish red of the Almandine Garnet whose name originated from a town in Asia Minor. Almandine is quite dark and often carved out in the underside of the gem to lighten the color. Lanka, India, Afghanistan and Brazil have Almandine garnet mines. Prices range from $20 to $90 per carat for 1 to 5 carat sizes. 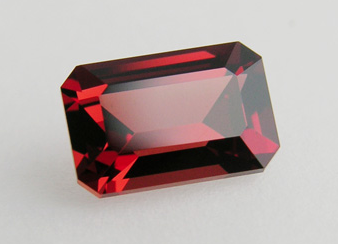 Spessartine Garnet is an orange to reddish brown variety also known as Mandarin. The name is a derivative of Spessart, Germany where is was once found. It is now found primarily in Sri Lanka, Brazil, United States, Malagasy Republic, Nigeria and Sweden. Beautiful Spessartine garnets can be found from $100 to $600 per carat, but if considered a Mandarin Garnet expect to pay $400 to $1200 per carat. 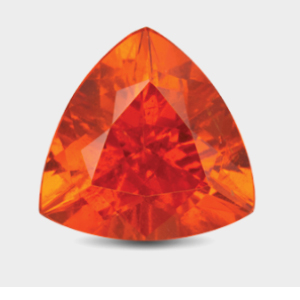 Grossular Garnets come in green, yellow and coppery brown. This includes three of the most valuable varieties, Tsavorite Green Garnet, Grossular Mint And Demantoid Garnet. Grossular is derived from the Latin for gooseberry, to which they sometimes bear resemblance.

The Tsavorite variety was discovered by famed gemologist and Tiffany & Co. consultant Campbell Bridges. This beautiful bright true-green garnet is found only Tanzania.  Avanna below is set with Tsavorite garnet and purple diamonds. 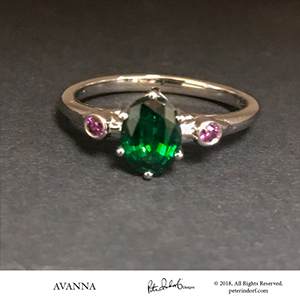 Grossular Mint is a light to medium yellowish green garnet, and the green Demantoid Garnet historically was found in the Ural Mountains. It’s worth more if found with what is known in the trade as “horse tail” inclusions. 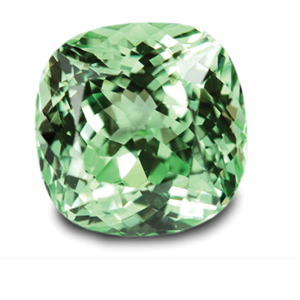 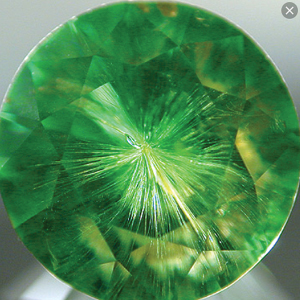 Gem-quality Grossular garnets are found in Sri Lanka, Pakistan, South Africa, Tanzania, Russia and the United States. Prices for 1 to 3 carats range from $300 to $2500 per carat.

Below is a selection of garnet jewelry from our collection. For more information please email peter@peterindorf.com and visit www.peterindorf.com for additional designs and inspiration. 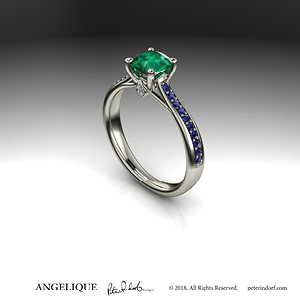 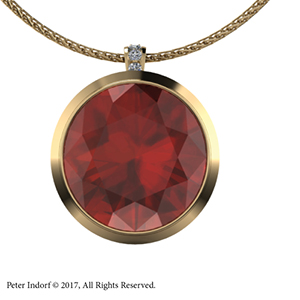 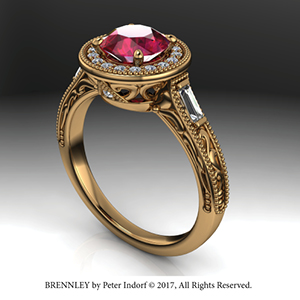 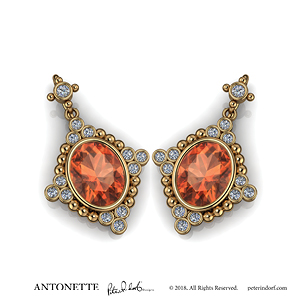 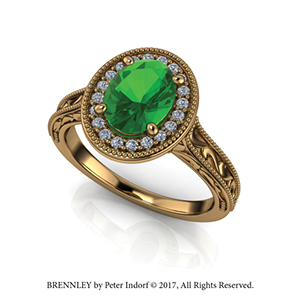 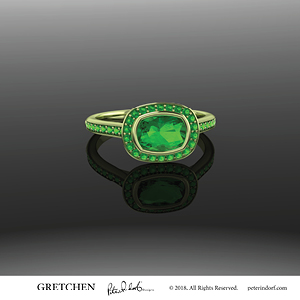 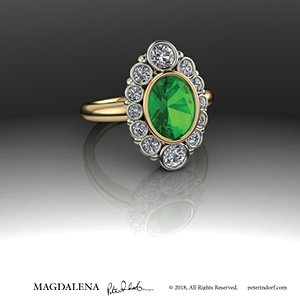 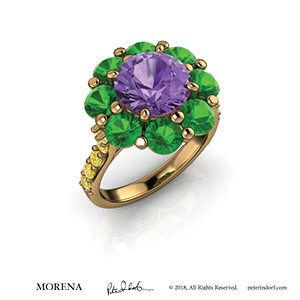 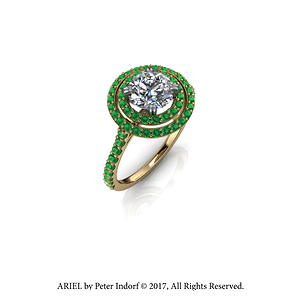 Let us be your full-service jeweler and bring your jewelry dreams to reality with quality jewelry and personalized services. Twice the value at half the price!  Get in touch today!

SOURCES: Designs and jewelry images are copyrighted by Peter Indorf; some text used with permission from the Gemological Institute of America Inc., www.gia.edu; additional content from Gemstones of the World, by Walter Schumann, Pricing information courtesy of Gemworld International’s Gem Guide.