Citrine & Topaz - So Close But So Far Away

Citrine and Topaz - So Close but So Far Away 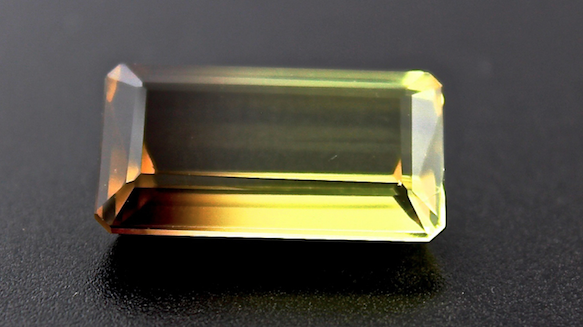 From our collection, an unusual bi-color Citrine with a zone of darker orange-brown, 35.86 carats.

This month, we're featuring Citrine and Topaz,two gems that are often mistaken by consumers. Let's shed some light on the similarities and differences of these gems.

According to Walter Schumann’s Gemstones of the World,Citrine is a variety of quartz and is a transparent gem. Most commercial Citrine are heat-treated amethysts or smoky quartzes, and all heat-treated Citrines have a reddish tint. Natural Citrines, on the other hand, are mostly pale yellow, named after their citrus lemon-yellow color.

Natural Citrine is rare. Deposits are found in Brazil, Africa, Spain, France, near the Ural Mountains in Russia, and near Pike’s Peak in Colorado. Citrine can also found in Scotland where it is fashioned into jewelry called cairngorm. During the Victorian period, cairngormswere extensively used in traditional Scottish jewelrysuch as kilt ornaments, bonnet brooches, or carved thistle shapes.

The most common color of Topaz is also yellow, with a reddish tint. While rarely vivid, you can find Topazes in a range of colors from yellow, reddish-brown, and pinkish-red, to light blue and pale green. Pink Topaz is the most valuable.

In the ancient world all yellow, greenish and brown gemstones were called Topaz. The name most likely came from the island in the Red Sea, now Zebirget, formerly Topazeos. But while Topaz and Citrine may look similar to the untrained eye, they are completely different species!

Scientifically speaking, Citrine has a Moh’s hardness of 7 and a specific gravity of 2.65. Its reactive index is 1.54. Topaz has a Moh’s hardness of 8, which makes it very durable, and a specific gravity of 3.53+ which makes it denser than Citrine. If you have a Topaz and Citrine the same cut and size, the Topaz will weigh more because the atoms that make the crystal are packed closer together. The refractive index of Topaz is 1.610 to 1.638 which helps to visually separate the two gems. Topaz has a brighter sparkle due to the higher refractive index. Citrine looks sleepy next to a Topaz.

Still, some in the gem and jewelry trade and most consumers will refer Citrines as Topazes.For example, both the “Bahia-Topaz” and the “Madeira Topaz’ are actually Citrine.

This is probably due to the consumer’s opinion that Topaz is a more valuable gem, so if a gem dealer calls Citrine a Topaz, it builds value in the eye of the buyer. This especially true when you travel to tourist destinations, where jewelers can be deceptive in their presentations to the uninformed traveler.

Travelers and consumers alike, consider this: the very best in a 3-carat size Citrine will cost $200 - $250, while a top quality 3-carat yellow Topaz will cost about $2400! Citrine and Topaz…so close but so far.

If you have any questions or would like more information on these beautiful gems or our jewelry designs, please contact us at peter@peterindorf.com. Visit our website at www.peterindorf.comto get inspired by our designs, follow us @peterindorf on Instagram to get to know us better and see special promotions at Peter Indorf Designs on Facebook. 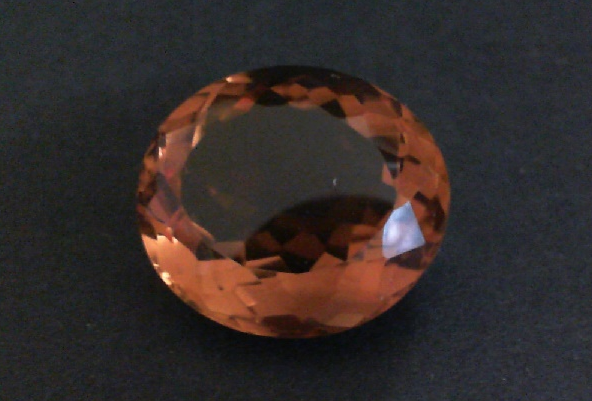 This Citrine from our collection is the darker reddish brown it weighs 25.30 carat. 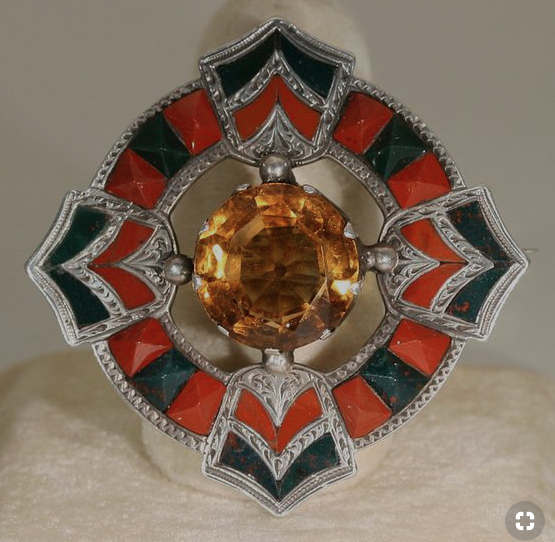 This center stone is an example of Cairngorm from the eastern Highlands of Scotland, closely associated with the mountain of the Cairn Gorm. Photo courtesy of Pinterest. 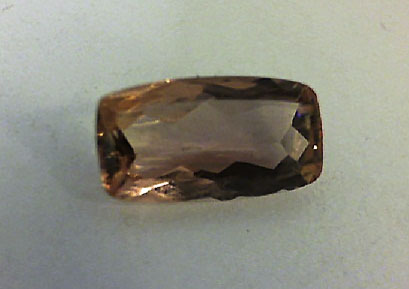 From our collection, a 1.90 carat Imperial Topaz. 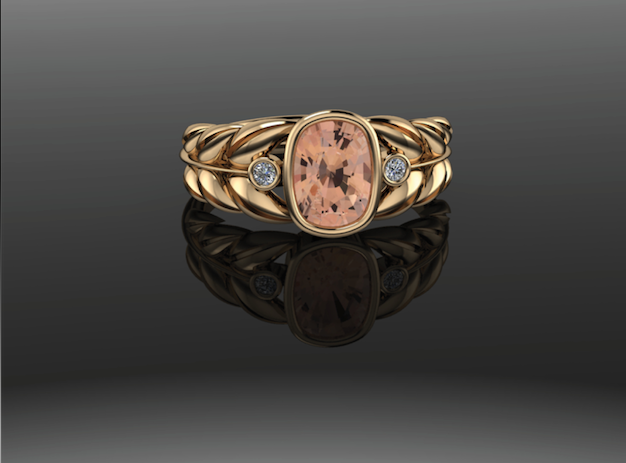 Our design Ruth features an Imperial Topaz and diamonds in a unique stylized foliate design. 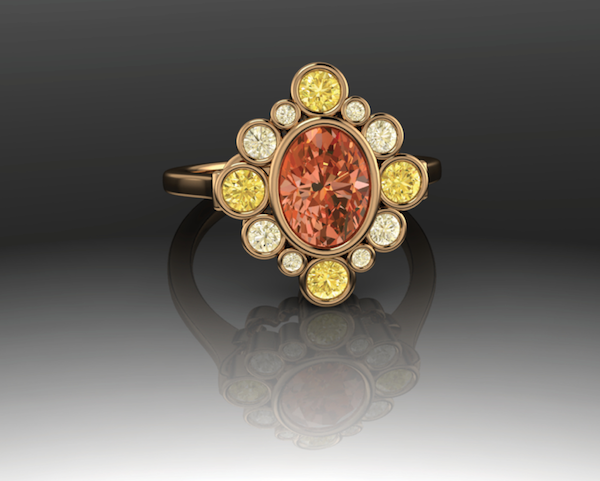 Magdalen is our design which features Topaz, fancy yellow diamonds set in gold.