Sapphire - A Symbol of Sincerity and Faithfulness

Sapphire - A Symbol of Sincerity and Faithfulness 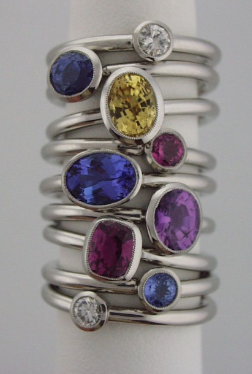 A group of multi-color sapphire stacking rings in platinum, by Peter Indorf.

The word Sapphire comes from “sapheiros,” which means “bright blue stone” in Greek. It has been cherished for thousands of years for its color, durability, hardness, and luster.  Ancient Mediterranean cultures honored sapphire above all other gems, and early Buddhists believed in its power for spiritual awareness. 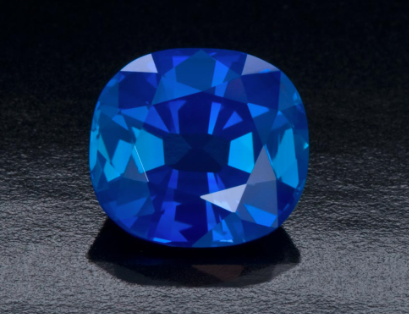 Deep, intense, velvety blue is the best way to describe the color of this sapphire from the Kashmir region on the India/Pakistan border.  These rare sapphires haven’t been mined for over 100 years.  Photo courtesy of Edward Boehm, JOEB Enterprises, Chattanooga, Tennessee.

One of the most famous blue sapphire engagement rings is the one worn by Catherine, the Duchess of Cambridge, which previously belonged to the late Diana, Princess of Wales.  It was similar to the ring shown below. 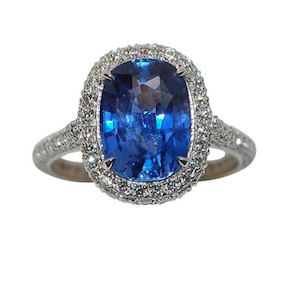 Blue sapphires can be a pure blue, and range from greenish blue to violet blue. But sapphires may even be gray, black, or brown, as the name “sapphire” can also apply to any corundum mineral species that’s not red and doesn’t qualify as ruby. 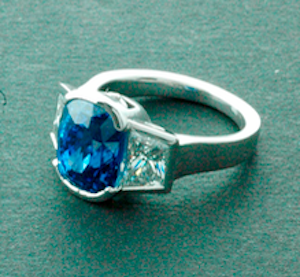 A custom made ring set with a 6.74 carat natural color sapphire and trapazpoid side diamonds weighing 1.53 carat total, handmade in platinum, by Peter Indorf.

Besides blue sapphires and rubies, the corundum family includes so-called “fancy sapphires.” Fancy sapphires come in violet, green, yellow, orange, pink, purple, and intermediate hues. These are generally less available than blue ones, and some colors are scarce, especially in very small or very large sizes. Still, fancy sapphires create a rainbow of options for people who like the romance associated with this gem and those who want something out of the ordinary.

In the 1990s, discoveries in East Africa and Madagascar brought fancy sapphires widespread recognition. The new sources supplemented production from traditional ones like Kashmir, Tanzania, Sri Lanka, Myanmar, and Australia, and increased the availability of yellows, oranges, pinks, and purples. 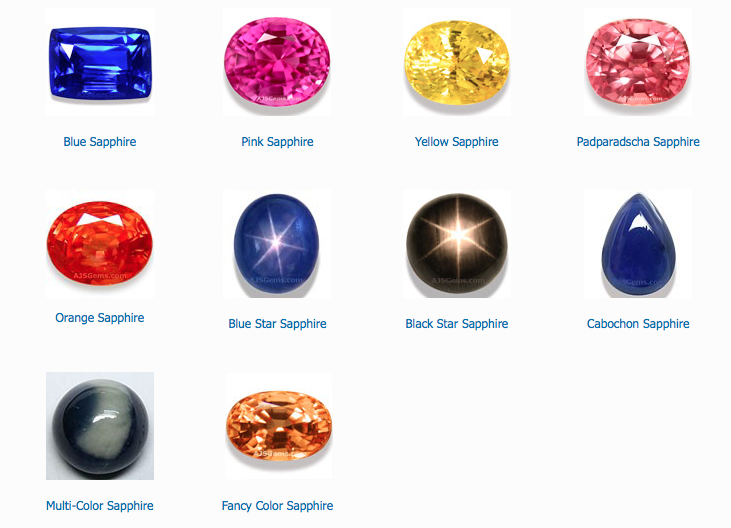 Colors and varieties of sapphires from AJS Gem.

The mineral corundum is composed only of aluminum and oxygen, and it requires a growth environment that’s free of silicon. However, silicon is a very common element, making natural corundum relatively uncommon. In its purest state, corundum is actually colorless. Colorless sapphires were once popular diamond imitations, and they’ve staged a comeback as accent stones in recent years. 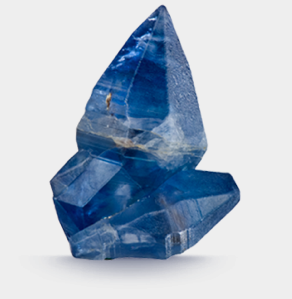 Sometimes, corundum can show a phenomenon called asterism, or the star effect. This phenomenon usually appears as a six-ray star pattern across a cabochon-cut stone’s curved surface. The star effect can be seen in ruby or any color of sapphire, and it arises from white light reflecting from numerous tiny, oriented needle-like inclusions. 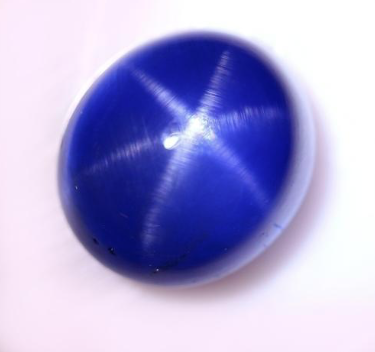 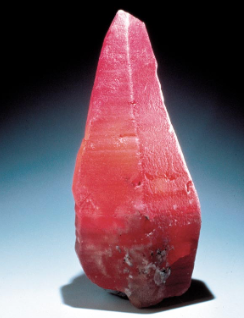 Besides fancy sapphire and star corundum, there is another interesting variety: color-change sapphires. These fascinating stones change color under different lighting, often going from blue in daylight or fluorescent lighting to purple under incandescent light.  Their presence adds a special dimension to the already amazing corundum family of gems.

These new varieties and colors attract contemporary jewelry designers who want to move away from traditional hues of red, blue, and green to create something unique and exciting. 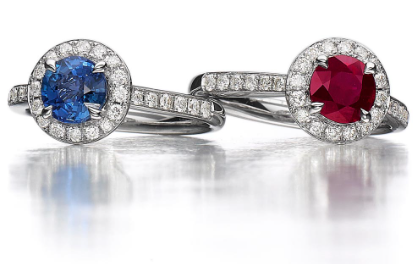 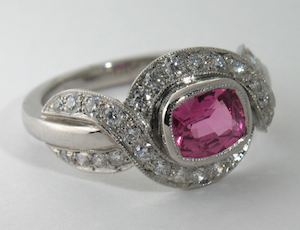 Natural color pink sapphire in our handmade “X” ring, which is made in platinum and diamonds by Peter Indorf 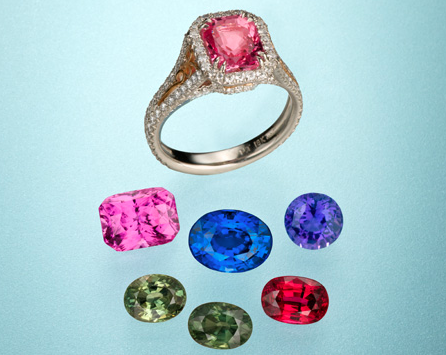 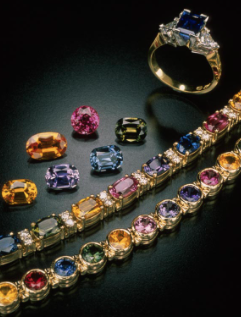 Sapphire is the birthstone for the month of September.  It is used to celebrate the 5th and 45th wedding anniversaries.

For more information please contact Peter Indorf at 321-914-0118 or email at peter@peterindorf.com.  If you are interested in acquiring a sapphire for yourself or a loved one, we can help you find the perfect gem, at a very attractive price and create a heirloom to wear now and pass on.  Call today to get started!